If you read my last blog post you may have caught that I was heading to Alabama to finish out the series finally for Gulf Coast Half . Back in 2011 when I started running I ran the Mandeville Half and again in 2014. In 2013 I did Pensacola and FINALLY it was time for BAMA!

I took my own advice and packed ahead of time for this roadtrip to Alabama. I was looking forward to it considering this was actually my FIRST time to Gulf Shores. Fortunately my buddy Francine knew her way around and it was very easy to get around. On the way we stopped at Lambert’s for lunch. We split a grilled chicken salad which ended up being ginormous and filled up on rolls and pass arounds. Well worth the stop. A fun, family oriented restaurant perfect for those road tripping.

After lunch we shopped at the nearby Tanger shopping outlet. We only went to a handful of stores but came out with bags at every one which says a lot because I am not much of a shopper. Today was a beautiful, sunny day with a high of 60 so we were definitely enjoying ourselves, even got some new sunglasses!

Time to head to packet pickup at LuLu’s which went very quickly to get our bib and shirt. We still had some time to spare so we went to their bar area and got a mudslide while scoping out the dinner menu before heading to the hotel for check in.

Around 6pm we headed back to Lulu’s for some pre-race dinner grub. Afterwards we went to The Hangout since I had never been there before. Great fun laid back atmosphere.  A highlight of mine here was the “Wish Wall”. We each put in our request for a great race the next day before heading back to the hotel for the night. 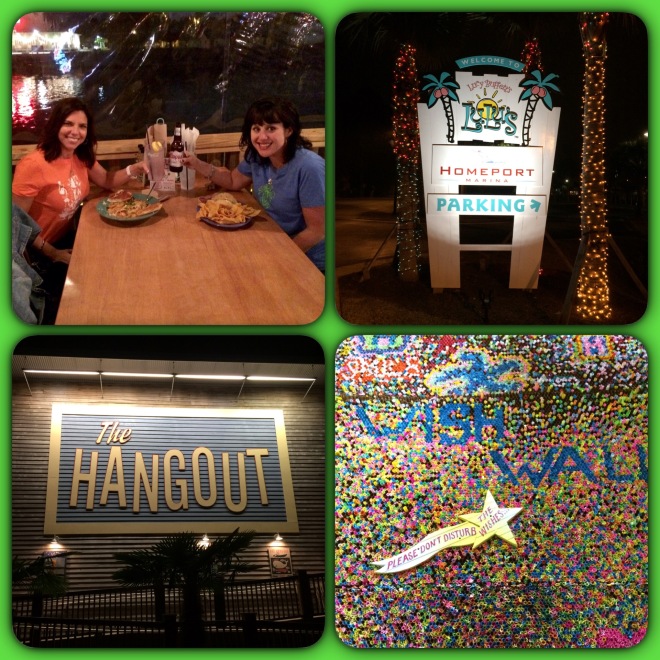 We always lay out our race gear the night before to reduce anxiety on race morning. We set our alarms for a 4:45am wake up since we wanted to get to LuLu’s to park by 6am. The race would start at 7am and we could always stay in the car before heading to the Start of the race since it was close. This would give us plenty of prep time! (Not our first rodeo lol!)

Finally it was race morning. 54 degrees, 8mph winds and FOOOOOGGGGGGYYY.

There was a drizzly, wet mist in the air and I was wishing I had not forgot my visor in the room. Grrrrrrrrrr. Both Francine and I thought the fog would burn off but we would soon find out that this unfortunately would not be the case.

I had to brighten up the picture a bit. Can you still see the white fog in the background?

There was 378 runners for this 10k/Half race.  (328 for the Half & 50 for the 10k) The smallest of the three location series since most have to drive in for it per the race director Mike Wattigny. No matter the size there was ample water/Gatorade stations at nearly every mile and the course was very well marked. I had no hesitation moving past the 10k turnaround to the Half. I was ready to claim Half #18 today even though I was still cussing the Intracoastal bridge that I would have to go back over later at the Finish. The roads were very slick today and I could barely see out of my sunglasses the majority of the race. I just knew by how wet my hair was I was going to look like a drowned rat in my free race finisher picture. Getting close to the finish I had depleted all my GU and looked at my watch. I quickly did the math and knew it would not be a PR day but that’s ok I would still be Finishing Strong which is always Goal #1!

Crossing the finish with a sigh of relief I spotted Francine. She had finished a minute before me. I gave her the biggest hug and we headed to the car to freshen up before getting some post race food at LuLu’s and take our traditional “after” race pic with our bling. There was lots of food choices after the race including bagels, fruit, cookies, seafood rice, jambalaya plus complimentary beer, coke and water for the runners to wash it down with. We ate lightly since we knew we were wanting to grab a burger later after we got cleaned up at the hotel.

Alabama CLAIMED!!!!!! We were SO ready to go get cleaned up and changed!

and they call this the “LITTLE CHEESEBURGER”?!!! Plenty for me!

Last weekend I had a blast at the Mardi Gras 10k and this weekend its off to to Gulf Shores Alabama for Half #17. Good times are in store for this 4th Annual Gulf Coast Half.

Starting at Lulu’s runners will loop underneath then cross over the intracoastal bridge to begin their 13.1 miles. Exploring the many coastal neighborhoods that make Lower Alabama great runners will then enter Gulf State Park for a loop around Lake Shelby briefly popping out onto Perdido Beach Blvd for a beautiful view of the Gulf of Mexico. Finishing the loop around Lake Shelby runners will trace back part of the course to return to the north side of the Intracoastal Canal before turning for home and the nearly World Famous Post Race Party hosted at Lucy Buffet’s LuLu’s!

I have run the Pensacola, FL series once and Mandeville, LA twice so its FINALLY time for me to finish the three location series with ALABAMA!! I have not had a long run since my January races so I am a little bit nervous. I am hoping I don’t crash and burn by mile 9. This week the weather hasn’t been that good so my mileage has been low but I have been stretching, lifting weights and my nutrition is getting better as I am recovering from King Cake overload from Mardi Gras.

The drive to Alabama is only about 3 hours away but I am looking forward to the short overnight trip and hoping to at least walk on the beach for some relaxation time. In preparing to leave Saturday morning I thought I would share some tips for those with a racecation roadtrip weekend coming up.

You want the least possible headaches for your race weekend away to give you the best possible race day results. Remember the journey is part of the experience 🙂 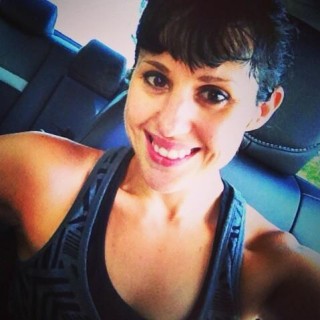